Georgia Uniquely Positioned for Future of Game Development in Wake of Esports, Gaming Explosion During COVID-19 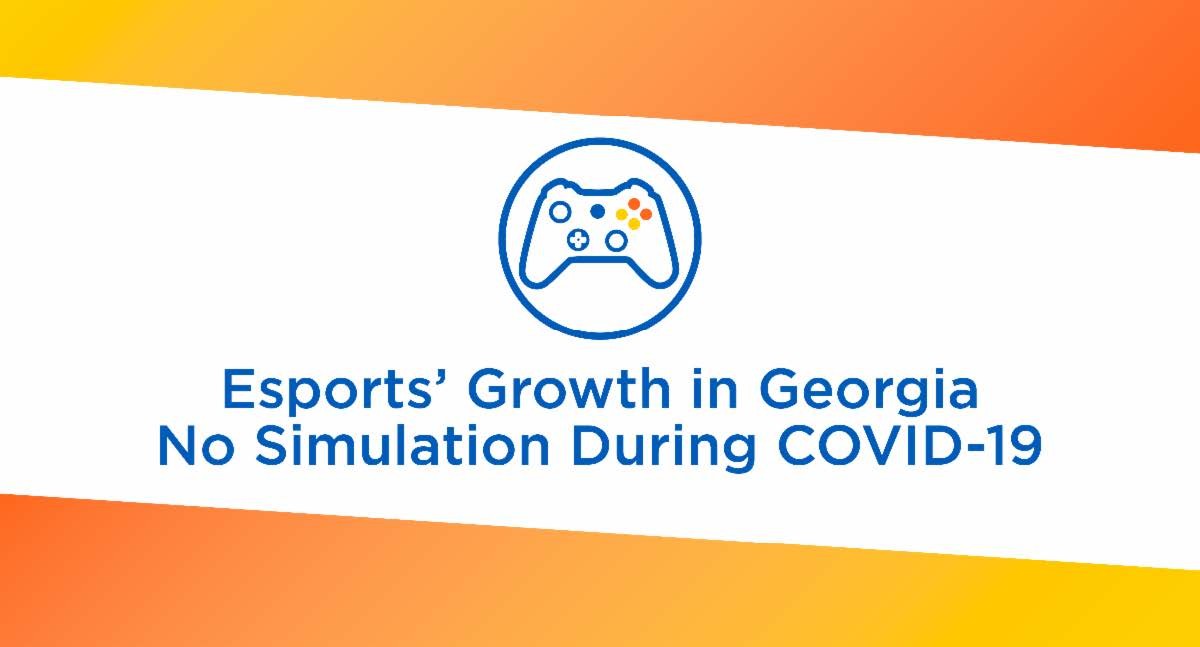 "As we confront the effects of COVID-19, the Georgia Department of Economic Development continues to work around the clock arming our partners with the resources they need to navigate these turbulent times. We're also maintaining our focus on unique growth opportunities with expanding industries to help ensure that the state remains well-positioned to weather the economic impacts of COVID-19.

With stringent social distancing guidelines and requirements put forth in nearly every country across the world, digitally native brands and industries have been experiencing a significant, unprecedented uptick in website visits, streams and virtual interaction. The $1.4 billion esports industry has been no exception. The Atlanta Business Chronicle recently reported that streaming platform Twitch recently saw a 31% increase in viewership, while YouTube Gaming has also seen significant growth of about 15% on its streams.

Georgia has been on the frontlines of developing the global esports economy. Broadly regarded as the esports capital of the nation, the City of Atlanta annually hosts more than 39,000 gamers and esports enthusiasts every November for the world's largest digital festival – DreamHack.

And while numerous in-person esporting events have also been postponed or canceled to help mitigate the spread of COVID-19, undoubtedly causing economic loss and disruption, the industry that was born online is well-versed in hosting events live from their audience members' living rooms, and generating content-based revenue.

Skillshot, headquartered in Atlanta, recently reported that not only has there been a record number of participants playing online games, but that the number of people watching others compete is also at a record high, especially as traditional sports, leagues, team and players turn to online gaming as an alternative. For example, basketball fans across the country recently tuned in to watch Atlanta Hawks star Trae Young virtually  participate in a televised NBA 2k tournament earlier this month.

At the college level, institutions such as Kennesaw State University just launched a spring esports series for students called "Game on KSU." This digital tournament features three different games for students to compete in or watch, including: League of Legends, Rocket League and NA2k20. Participants can play from their personal computer, Xbox or PS4.

Recently, Skillshot announced the continuation of its partnership with the Georgia Department of Economic Development, the Georgia Film Academy and Georgia State University's Creative Media Industries Institute (CMII) on a series of in-person and online courses focused on workforce education for the thriving gaming development and esports industries. These industries make up a current combined revenue of $140 billion. The first of many of these courses will begin this fall. The class will count as student credit hours toward CMII's programs in Game Design Entrepreneurship.

The state's skilled workforce and unrivaled support for the esports industry have attracted more than 50 of the world's leading gaming companies and teams. This has helped create more than 12,000 direct and indirect gaming jobs and had a $550 million impact on the state. In November of 2019, it was announced that Midtown Atlanta would become the new permanent home to professional esports team, Atlanta Reign. The city's thriving game
development and tech industries attracted the team to permanently plant its roots in Georgia. Atlanta Reign establishing its headquarters in Atlanta will create 45 new jobs and generate a $100,000,000 investment in growing the esports ecosystem throughout the region.

The Georgia Institute of Technology (Georgia Tech) recently completed a study demonstrating esports' dominance in the state, and specifically in Atlanta. The report includes insights from key industry players validating the belief that Georgia's esports ecosystem will continue to flourish in  the coming years.

Georgia Tech also cited that esports continues to grow here not only because the state is home to vibrant game development, tech and entertainment industries, but because of the actions Georgia has taken to welcome the industry. For example, Georgia is home to three different professional franchised esports teams, including the Atlanta Reign (Overwatch League), Hawks Talon GC (NBA 2K League) and the Atlanta FaZe (Call of Duty League). Georgia is also home to three varsity college teams - the Savannah College of Art and Design (SCAD) team, the Georgia State University (GSU) team and the Georgia Southern University (Georgia Southern) team. Not to mention that Georgia was one of the first five states in the nation to recognize esports as an official competitive high school sport.

While COVID-19 has caused a great deal of economic uncertainty, we are confident in our state's ability to weather this storm. One of the best ways GDEcD can continue to create jobs and enterprise opportunities for Georgians is by building on the strong economic framework that our state has established over the past several decades. We will remain on the frontlines of innovation and growth, and continue to engage groundbreaking industries like online gaming that attract new career and development prospects for our state."

Original article can be found here.